Today was one of those days where you can’t believe you did that….

A transfer picked us up early and we headed off out to one of the farms (about an hour away, which is down the road in Brazil!). When we got there we were given wet suits and the appealing shoes from yesterday. Not before a quick test of the hammocks though!

After squeezing myself into the wet suit (I managed to get it the right way unlike some in the group!) and taking a cold shower in it, I was ready to hop into the safari jeep and set off into the forest.

A 30 minute walk in 33° heat, in a black wet suit….Well let’s just say it was a God send to reach the water! The water was about 24° which felt beautifully refreshing and it was so clear you could see to the bottom before getting in.

The suit are designed to help you float. We were expressly told not to swim, only to use your hands to give you some direction and speed when required but otherwise to float along the river with the current and enjoy the views.

Typically, the day I needed a camera….This once in a lifetime opportunity….I went with 8% battery. I could literally have kicked myself. So….shots are limited (and pretty poor!).

It was such a surreal and relaxing experience. The water is so pure there and they work hard to preserve this (hence the cold shower).

There were fish the size of your thumb and smaller and fish the length of your arm and bigger. There were fish that were speckled, striped, red, gold, black, blue and they were completely unbothered by us, swimming around and up to you as they felt like it. The little fish even nibbled at your legs as you floated along or stopped  anywhere long enough for them to latch on. There were swirling sand patches where natural springs were under the water, there was drift wood and little greenery islands, more nature than you knew what to do with. It was unlike anything I have ever seen. 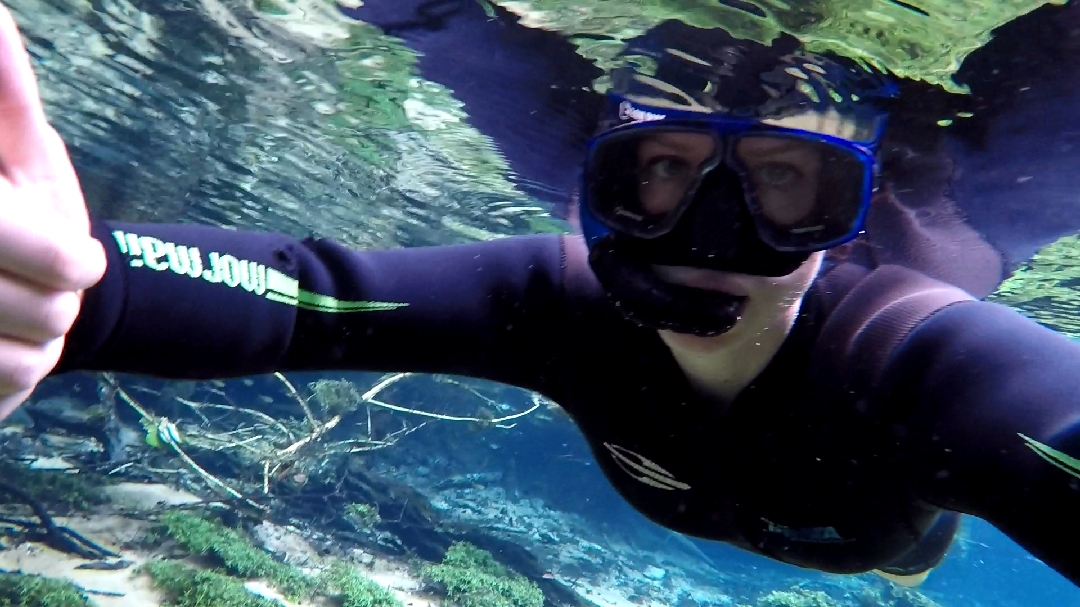 About half way through we had to get out the water and walk around the waterfall and rapids. On land and feeling heavy again, I managed to jar my dodgy ankle after a wet suit incident…So I spent the rest of that walk limping like a muppet. Back into an ankle support I go.

On the other side and back in the refreshingly cool water I was ready to go again. We floated down mini rapids which were deceptively fast and you had to work to not end up in a bush at the side of the river. I may have ended up in them a few times….Just to test it out of course!

After an hour and a half in the water, it was time to hop out, get changed and head back to the farm where we could grab a bite to eat.

The evening was chilled out, having a Acaí juice that is popular around here and some tapioca with doce de leite – yum! Before heading back to pack AGAIN!

Tomorrow is Pantanal, so blog updates might be behind….I doubt I will have WiFi there!!!